What Does a Police Officer Do?

Police officers have a dynamic, ever-changing role in the community. Above all, they uphold the law and maintain order. They prevent and investigate crimes, enforce traffic laws, respond to emergencies and catch criminals.

Police officers, who often start off as patrol officers, keep an area safe. They patrol their area in a car, on foot, on a bike or even on a horse.

Officers work for city, county, state or federal governments, and their titles often change with the jurisdiction. The size of the region often determines the officer’s daily duties. For example, an officer working for a smaller municipality is more likely to have a broader variety of duties compared to an officer working on a larger police force.

The work is dynamic and rewarding, but it can also be dangerous. Keep reading to learn more about this in-demand career.

New police officers work in the patrol division before being assigned to a special unit. (Credit: John Roman Images/Shutterstock)

What are the steps to getting this job?

Local and state governments employ the most officers, and the required steps vary. Step one is understanding what the rules are for the job you want.

Requirements range from a high school diploma or equivalent to a bachelor’s degree. Most employers — even those that don’t require a four-year degree — look for candidates who have earned an associate degree or completed government-approved training.

Criminal justice and law enforcement programs are offered at community colleges and universities.

For those interested in how to become a police officer without a college degree, know that it is possible. Experience in the military is beneficial, and in some cases will reduce the amount of time needed for education and training. Similar work in security may be considered helpful.

The majority of police officer candidates go through Peace Officer Standards and Training (POST), more commonly known as the police academy. Successful graduates must pass the POST exam, also known as the licensing board exam.

Continuing education is the norm in this line of work. It's needed to renew your license, to learn about new areas of police work and for hands-on training, such as driving a vehicle during an emergency.

LEARN MORE: Read How To Become a Police Officer.

Are there any other qualifications?

Candidates must be 21 years old, a U.S. citizen and pass rigorous psychological, academic and physical exams. Those with felony backgrounds or who are saddled with debt may not be eligible.

A valid driver’s license is a must.

A drug test and a polygraph test are likely to be required. Many employers also require CPR training.

Speaking a second language is beneficial.

Most officers wear a uniform with a badge and carry required equipment.

How long does it take to become a police officer?

As mentioned, it depends on the path you choose and the requirements in the state where you want to work. An associate degree takes two years. Police academy takes from four to six months. A bachelor’s degree takes four years.

How many hours do police officers work?

Most police officers work full-time during a normal week, with evening and weekend hours. Overtime is common.

Is there a demand for this job?

Demand for officers varies by location, but in general, the job outlook is good. Overall employment is expected to grow 7% from 2020 to 2030, according to the Bureau of Labor Statistics.

What skills and qualities would make someone a good fit for this job?

If you want to help your community, becoming a police officer is one of the best ways to do it. Policing puts you directly in contact with all elements of your community. Compassion and an ability to communicate well make this association a rich and rewarding part of the job. If this sounds like you and you’re ready to learn more, check out SkillPointe’s training offerings and get started on your next chapter.

What Is It Like To Be a Police Officer? 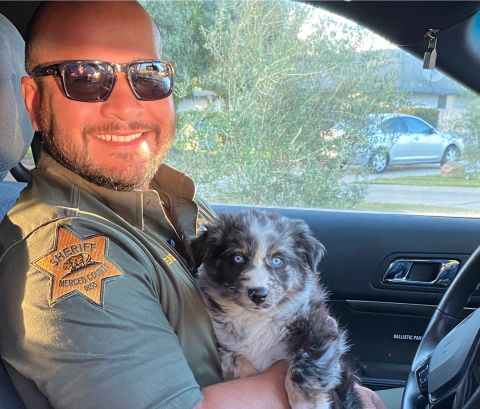 What Is It Like To Be a Police Officer?

"A lot of people see police officers and think something bad has happened. That’s not always the case," he says. Just think about the number of times you see law enforcement present at community functions.

But no matter the circumstance, officers are there to help. That's one of the most satisfying parts of the job, he says.

Learn more about why he thinks being a police officer is such a rewarding career . 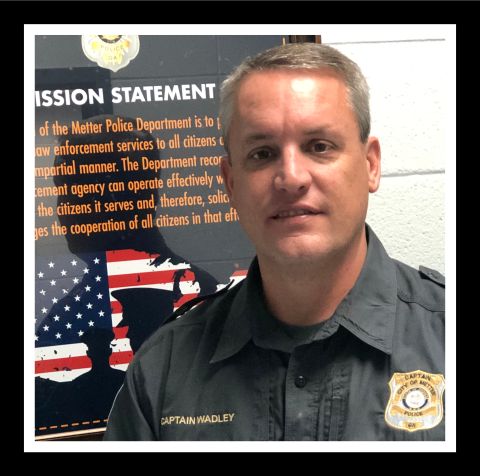 "Police work is not what television has portrayed it to be. In fact, it’s the complete opposite," says Capt. Kevin Wadley.

He should know. Over more than 20 years, he's filled a lot of different police roles, from communications officer to patrolman to detective and now assistant chief of police for the Metter Police Department.

Find out what else he has to say about why becoming a police officer is so rewarding.

Police Officer Training in Your Area

Explore Other Jobs in Public Service