What Does a Software Developer Do?

The next time you’re posting on social media or using a computer program, thank the creative minds that made your task easier.

Software developers conceive and design the computer programs behind everything from your favorite app or game to a computer operating system. They are needed across all industries.

Depending on the size of the team, software developers may also use various programming languages, such as Java or Python, to write the code that drives the software.

If this mixture sounds like you, keep reading to learn more about this creative, in-demand career and what kind of training you’ll need.

How To Become a Software Developer: FAQs

What is required to become a software developer?

Many, but not all, software developers earn a bachelor's degree in computer science or software engineering.

That trend is changing, and many employers will accept candidates who have earned certificates or learned through bootcamps, internships or other on-the-job training.

All pathways require a focus on learning how to build software and how to write computer code, which is the foundation of the occupation. However, it’s worth noting that writing code is not what many software developers do every day.

There are several paths to advance or branch out, including IT project management and other roles that focus on aspects of the software development process. That's just one of the reasons it's considered one of the hottest, most in-demand skilled jobs.

A developer can also move laterally in the information technology industry and become a network and computer systems administrator.

Are there any other qualifications?

Certification isn’t always required. However, it’s a good way to show potential employers that you are well-versed in a specific area, such as cloud computing.

How long does it take to become a software developer?

It can take anywhere from several months for a certificate or bootcamp to four years for a bachelor’s degree. The time it takes depends on the path you choose and what kind of job you seek.

Sometimes these titles are used interchangeably, but not always. In some workplaces, there’s a difference in the work they do. Software developers tend to focus on consumer-based apps and all aspects of the development process. Software engineers tend to focus on enterprise-level systems or computer system design and communicating with the different stakeholders.

What is the job outlook for software developers?

The need for software developers is expected to grow 22% by 2030. Job openings will be driven by an increased need for new apps, especially apps for health and insurance, according to the Bureau of Labor Statistics.

What skills and qualities would make someone a good fit for this job?

If you have the mix of soft and hard skills for this in-demand career, you can expect to work hard and be paid well for your efforts. Take the first step and check out the training recommendations on SkillPointe.

Day in the Life of a Software Developer 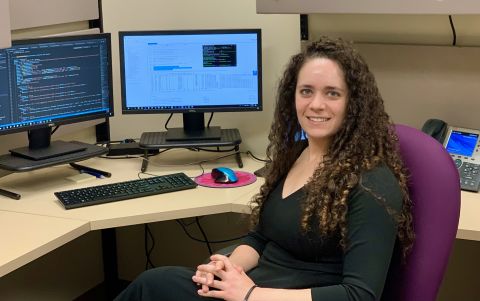 Day in the Life of a Software Developer

Rachel Meltzer says it's time to put aside stereotypes about software developers, including what it takes to get and do this job. It boils down to an eagerness to learn.

“Regardless of having a degree or what your degree is in, technology is a rapidly changing industry that requires continuous on-the-job learning,” she says.

It's also a rewarding, fun career that involves a wider variety of skills than you may think.

As she says, there's a lot more to this job than writing code. 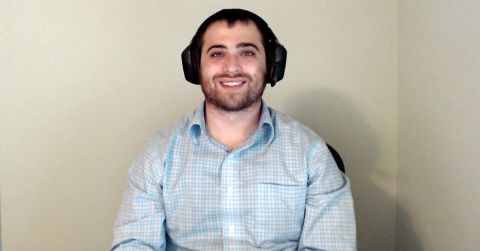 Daniel Lieberman learned early that he loved being able to harness the power of a computer to do what he wanted it to do. Now’s he’s a software developer, and he’s using his skills to make a difference.

He also thinks it’s exciting that the degree pathway he took isn’t as necessary as it once was.

“Many people are breaking into the industry nowadays by self-teaching and coding bootcamps.” Learn more about why he thinks being a software developer is such a satisfying job.

Software Developer Training in Your Area

Explore Other Jobs in Information Technology