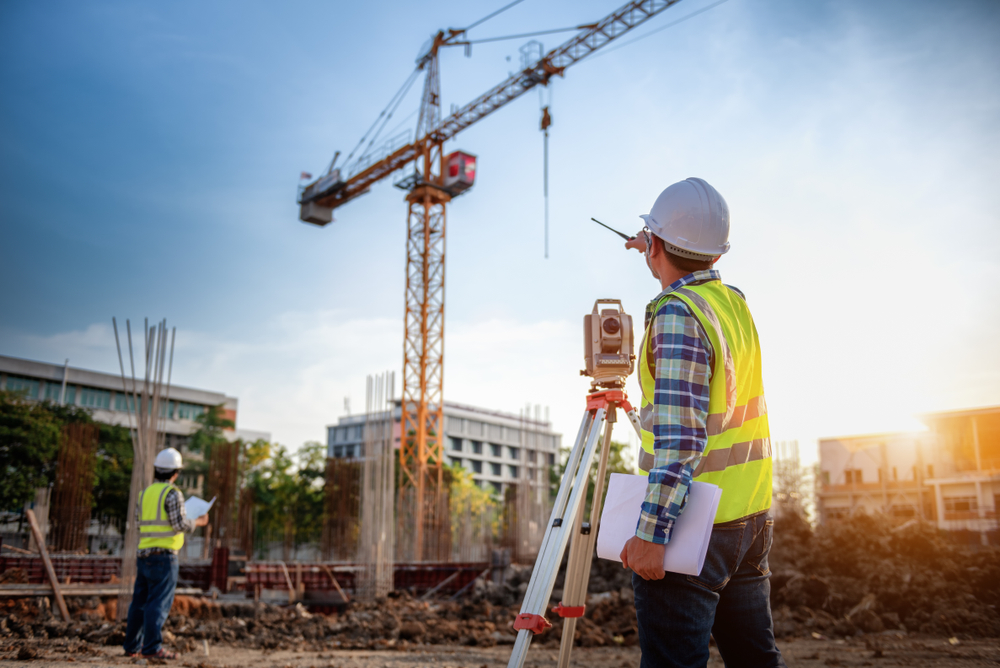 By Sarah Hicks and Katherine Gustafson

A proposal from the Biden administration to spend trillions of dollars on infrastructure would create millions of jobs. The American Jobs Plan would also create a 10-year boom for the construction and transportation industries and strengthen bridges, roads and broadband coverage in the United States.

If approved in its current form, the plan would create or save about 15 million jobs over 10 years, according to a 2021 report from Georgetown University Center on Education and the Workforce (CEW).

That’s welcome news for the economy, but for construction and transportation — the industries that would gain the bulk of the jobs — it could also be reason for concern.

Some of that is fueled by long-term trends. A disproportionate number of infrastructure workers are nearing or are eligible for retirement, according to the Brookings Institute.

The key to alleviating the problem lies in a strong training pipeline to replace them, which is a work in progress.

The Challenge: To Get Qualified Workers, You Need Good Training

Creating jobs is just the first step in the process.

“Without a jobs training program, we won’t be able to prepare workers to fill them,” said Anthony P. Carnevale, director of Georgetown’s CEW.

Carnevale cowrote the previously mentioned report — called 15 Million Infrastructure Jobs: An Economic Shot in the Arm to the COVID-19 Recession — with Nicole Smith, a CEW research professor and chief economist who spoke to SkillPointe.

The report describes the proposal as “good medicine to nurse the economic wounds inflicted by the COVID-19 pandemic.” It also points out where the U.S. could falter.

It breaks down the kinds of jobs the plan would create and the training those jobs would require. The authors focused on the pure infrastructure aspects of the bill, which they calculated to be about $1.5 trillion.

About 75% of the 15 million saved or created jobs would be for workers with no more than a high school diploma plus some short-term postsecondary training.

“We have physically enough people — you can look at labor participation numbers to see that. But are they trained? No,” Smith said.

Unlike past infrastructure plans, this proposal includes provisions to support the hiring, training and retention of thousands of skilled workers. But to be deemed a success, the funding must connect workers with job-specific short-term training.

Different Levels of Training — and Funding — Will be Needed

Smith notes that there are already partnerships and programs in place — apprenticeships, community colleges and not-for-profit programs — that are doing a good job of reaching the people who need these programs the most.

“There are existing models, to get this type of work done. We will rely on them and build on them.”

What’s left unanswered, in her view, is a focus on financing all aspects of this training, especially for the low-income people most likely to benefit from the plan.

“There’s a recognition that this has to be done, but it doesn’t answer all the questions of how it will be done. I’m looking for more detail on that element.”

One solution is to make changes to Pell grant eligibility to cover short-term training, a move the CEW and others have advocated for years. Currently, these federal grants offer free money for education and training, but they have “seat-time” requirements — meaning only programs that offer 600 or more hours over 15 or more weeks are covered. Pell grants don’t cover shorter programs like the ones that would get workers up to speed for infrastructure projects.

There’s some evidence they should.

One study released in December 2020 by Mathematica and Social Policy Research Associates looked at the success of two experimental expansions to Pell Grant eligibility and found that including shorter-term training options improved postsecondary enrollment and completion for low-income students by about 10 percentage points.

“A lot of the people who might want to engage in these programs are lower-income people,” Smith says. “That’s why changes to Pell Grant eligibility is so important … to make sure that these grants are available to more people.”

The Opportunity: A Lot of Things Need Fixing

The U.S. ranks 13th in the world for the quality of its infrastructure. The American Society of Civil Engineers gives U.S. infrastructure a C minus rating, with many segments like roads, dams, levees and stormwater earning a D. Over 40% of roads are now in “poor or mediocre” condition, and more than 45,000 U.S. bridges are considered “poor.” These lackluster grades aren’t surprising considering public domestic investment in infrastructure as a share of the economy has plummeted by more than 40% in the last 50 years.

What The Infrastructure Plan Covers

The American Jobs Plan includes the following elements to fuel the economy and create jobs:

•    Fix and upgrade infrastructure, such as highways, bridges, ports, airports and transit systems.
•    Provide clean drinking water and high-speed broadband to all Americans.
•    Renew the country’s electric grid and add clean energy upgrades.
•    Improve, upgrade and modernize schools, child care facilities, veterans’ hospitals and federal buildings. This will also include creation of energy-efficient housing units.
•    Create jobs and improve wages and benefits for essential home care workers.
•    Revitalize manufacturing, secure U.S. supply chains, and invest in research and development.
•    Train Americans for the jobs of the future, including workforce development programs that help students find their career path before they graduate from high school.
•    Create good-quality jobs while ensuring workers have a free and fair choice to organize.

Redefining Infrastructure Jobs, And Who Can Do Them

Modern infrastructure jobs include a diverse set of roles, from urban planners to solar photovoltaic installers.

Infrastructure work is particularly good for job creation because there are many points of entry. The benefits are felt across many communities, not just major metro areas. The jobs can support a diverse workforce, including women and minorities — but the U.S. has some work to do on this point. About 90% of infrastructure jobs are held by men, and the majority of new jobs created would be in male-dominated fields.

“The only hole we anticipate in this bill is gender,” Smith says. “We know the jobs in infrastructure are predominantly held by men, but we also know a few things about these kinds of jobs: For one, these jobs are not only about brawn.” There are many ways to contribute to the work being done, she says — some that require a hard hat and many that don’t.

An Opportunity To Build on What We’ve Already Done

Still, the plan is an opportunity for more people to get the training they need to get better-paying jobs.

“This plan includes a call-out to and recognition of the importance of workforce training and the supports that workers need to succeed,” says Katie Spiker, director of government affairs for National Skills Coalition, an organization that fights for inclusive, high-quality skills training. “That is really critical, and it is something we haven’t seen in previous workforce investment bills and packages.”

Too often, she says, federal policy focuses on short-term economic returns when it comes to infrastructure, ignoring the long-term needs of these investments. These needs include building a talent pipeline; increasing hiring and retention of underrepresented groups; supporting fast-growing fields like alternative energy; and revitalizing fields that are in decline, like manufacturing.

The Biden plan aims to do all of these things, with a focus on getting many new workers the skills they need to establish a healthy infrastructure talent pipeline for the long-term.

“Skills alone obviously can’t solve our economic crisis or our health crisis, but they need to be part of the package,” Spiker says. “More than 10 million workers are out of jobs. If we are going to enable them to re-enter new jobs in the industries they left or in new industries, then skills training has to be part of the conversation.”

Sarah Hicks is a writer and editor with expertise in sustainability, science and business. Katherine Gustafson is a freelance writer specializing in content for mission-driven changemakers such as tech disruptors in fintech, healthcare IT and B2B SaaS.

How to Become a Diesel Mechanic: Training, Timing and More

Here’s what you need to know about diesel mechanic training, including how much it costs, how long it takes and the salary you can earn. 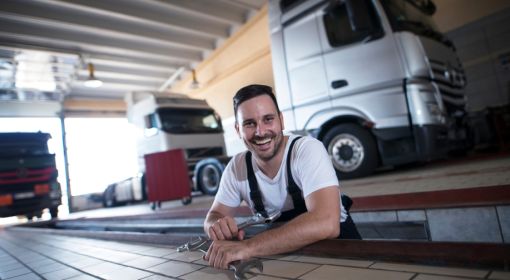 Meet the CNA: 'It Brings Me a Sense of Joy to Lend a Helping Hand'

Johndarius Akins is a 31-year-old certified nursing assistant (CNA) who graduated from Woodruff Medical Training & Testing in Atlanta. Why did you get into this line of work? And did you always want to do 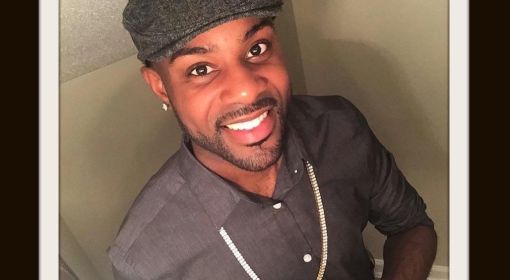 Joseph Seibert's story starts with a familiar refrain: When he got out of high school, he didn't know what he wanted to do with his life. After he tried a few jobs after high school 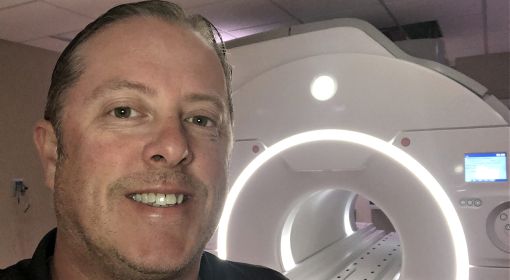 How to Become a Diesel Mechanic: Training, Timing and More

Here’s what you need to know about diesel mechanic training, including how much it costs, how long it takes and the salary you can earn.

Meet the CNA: 'It Brings Me a Sense of Joy to Lend a Helping Hand'

Johndarius Akins is a 31-year-old certified nursing assistant (CNA) who graduated from Woodruff Medical Training & Testing in Atlanta. Why did you get into this line of work? And did you always want to do

Joseph Seibert's story starts with a familiar refrain: When he got out of high school, he didn't know what he wanted to do with his life. After he tried a few jobs after high school